RCMP on Vancouver Island are asking for the public’s help to identify a man they say allegedly “inappropriately touched” two underaged girls in Central Saanich.

In a media release Wednesday, Sidney/ North Saanich RCMP said the incident happened on June 13 at a restaurant on Mt. Newton Cross Road near the Patricia Bay Highway.

What to do if you’re touched inappropriately at work

According to police, the man spoke with the two girls before he touched them. 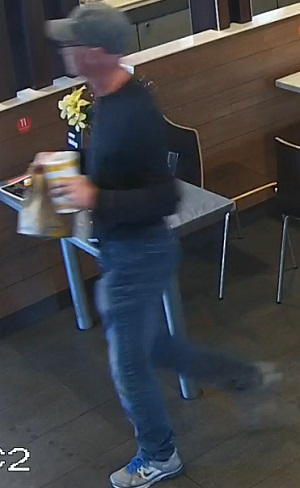 He then left in a grey Dodge Ram pickup truck with damage to the right-side chrome running boards.

The man is described as about 40 years old and Caucasian with short, light hair and a thin build.

He was wearing glasses and a faded green baseball cap, a black long-sleeved shirt, blue jeans and blue and grey Nike running shoes.

Anyone with information is asked to contact Sidney/ North Saanich RCMP at 250-656-3931.