HSBC Canada Sevens is Back!

The HSBC World Rugby Sevens Series is one of the most dynamic global sporting events on the market, featuring the dynamism of sevens rugby, paired with a spectacle of entertainment and fan engagement that is second to none. The 2019 Series includes ten tournaments held around the world.

Vancouver will host at BC Place for the fourth year as the sixth stop!

HSBC Canada Sevens Vancouver is a two-day indoor rugby sevens tournament, hosted
March 9-10, 2019, at the world-class BC Place Stadium, host venue to Canada’s most
prestigious events. The tournament features 16 of the world’s top men’s sevens teams,
including Olympic contenders who fought for gold, silver and bronze at Rio 2016 and the
World Cup Trophy at the 2018 Rugby World Cup Sevens event in San Francisco. The HSBC
Canada Sevens Vancouver will be the sixth stop in a 10-stop world tour as part of the HSBC
World Rugby Sevens Series. Sevens rugby, a fast-paced and shorter version of traditional
rugby with only seven players per side, has built a huge international audience through the
success of the HSBC World Rugby Sevens Series. 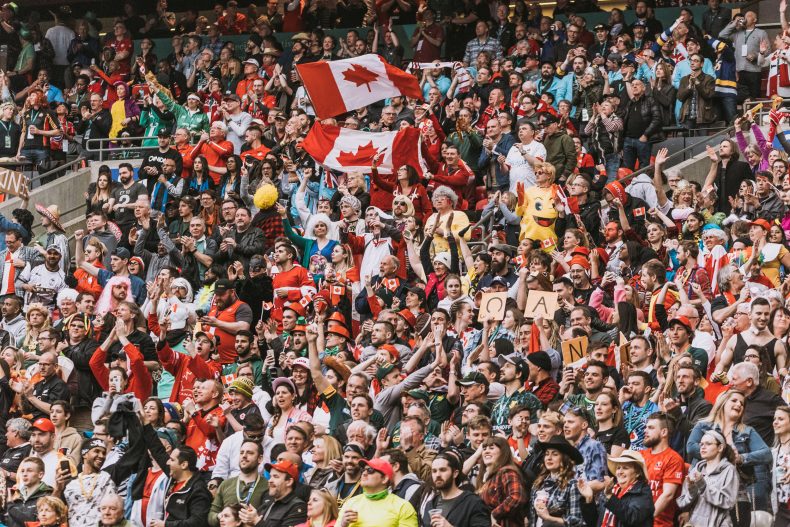