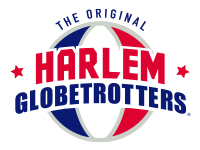 The Harlem Globetrotters are BACK!

The Harlem Globetrotters are a worldwide icon, synonymous with family entertainment and great basketball skills. The Globetrotters represent nine decades of breaking down barriers, acts of goodwill and a commitment to fans that goes beyond the game.

They return to the Vancouver area for 4 thrilling shows:

Did you know that the Harlem Globetrotters also run an awesome Bully Prevention program? Known worldwide as the “Ambassadors of Goodwill”™, the iconic Harlem Globetrotters present the community outreach program, “The ABCs of Bullying Prevention,” in an effort to impact schools and communities around the world.

Designed by the Globetrotters in coordination with the National Campaign to Stop Violence (NCSV), the program focuses on Action, Bravery, and Compassion, comprising the ABCs.

The program targets 6-12 year-old kids and involves Globetrotter players discussing the three key words in the ABCs and tools that kids can use on a daily basis to reduce bullying.  The Globetrotters equate what it means to be part of a team to how kids can offer support to one another to help stop bullying.

They spread joy around the world through the game of basketball.

Be sure to grab your tickets!! HERE